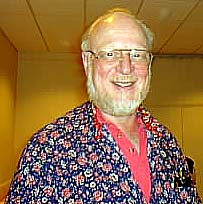 For more than 45 years, Jerry Weinberg has worked on transforming software organizations, particularly emphasizing the interaction of technical and human issues. After spending between 1956 and 1969 as software developer, researcher, teacher, and designer of software curricula at IBM, he and his anthropologist wife, Dani Weinberg (see her bio for more about Dani), formed the consulting firm of Weinberg & Weinberg to help software engineering organizations manage the change process in a more fully human way.

Jerry is author or co-author of several hundred articles and more than 30 books. His earliest published work was on operating systems and programming languages, but the 1971 publication of The Psychology of Computer Programming is considered by many the beginning of the study of software engineering as human behavior. His subsequent works have been an elaboration of many of the software engineering topics raised in that book, through all phases of the software life-cycle, including defining problems and requirements, analysis and design, testing and measurement, as well as management.

He has written on the role of consultants, of programmers, technical leaders, and managers. To many, he is best known for his leadership workshops, such as "System Effectiveness Management (SEM)," "Problem Solving Leadership," and the "Congruent Leadership Change-Shop". (See Workshops for more information.) 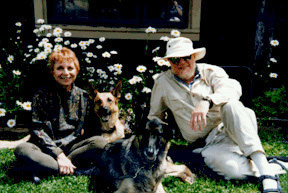 Dani and Sweetie and Honey and Jerry

I was very small when I was born - only 9 pounds or so - and I've never gotten over it. Inside me, there's a little boy who can't make sense out of the world, but keeps trying. I read about computers when I was about 11, and thought that these "giant brains" might help, so I determined to work with computers when I grew up. This led me to study math and physics, because my guidance counselor told me that computers "had something to do with electronics." There were no computer classes, or even computers, any place where I found myself. Indeed, I never took a computer course in my life. Yet.

After almost 40 years working with computers, I've learned a couple of things, but I still can't make sense out of most of it. Most of all, I've discovered that people are at the bottom of just about every problem - but I think I knew that when I was little, then got talked out of it somewhere along the way. I've worked hard at relearning this lesson, and learning how to do something about it. While educating myself, I learned a second principle: I'm the "people" at the bottom of most of my problems.

Anyway, using these insights, I've been able to help a lot of people solve problems. I've written a lot of books, too, which many people have told me are helpful; but I get much more satisfaction from helping people directly, so I get to know them. For instance, I've helped several hundred people write their books, and several thousand find better ways to do their job. I feel very good when I find out that many of these people have learned things from me that they take back with benefit to their family life - possibly because my early family life wasn't very wholesome.

From my first attempt to create a better family life for myself, I have four children and one grandchild (and another on the way). Although I thought I had screwed up that family life, too, now that the kids are all over 35, things seem to have worked out okay. I did learn a lot from that first attempt, which enabled me to choose Dani for my second - by far the best decision I ever made. We've now passed three decades of living together, which involved about 6 serious renegotiations of our original, informal marriage contract. We've also had a number of children, but they've all been German Shepherd Dogs.

I like to start new things that help people. Although I've written several hundred articles and more than 30 books, my greatest satisfaction is creating real-life learning experiences - schools, camps, institutes, seminars, or development groups. I guess one of the things I am is a social architect. When I'm not starting a new social system, I'm often repairing an old one; in this role, I'm an organizational therapist. And, I also like to work with one-person organizations; perhaps I am at my best as a restorer of works of art.

Anyway, if you're a work of art that needs a little restoration, I invite you to explore this site and see if there's anything we can do for each other.